Chinese homemade fish sauce is mainly made by soy sauce, leek and ginger. It is used as the dipping sauce for our Chinese home cooking dish called “Smoked” Fish. Scroll down to watch the video.

I call it the fish sauce, as it is used to serve with the fried fish fillets. But I think once you get the idea, you may use this recipe to make a dipping sauce for other dish as well.

This dipping sauce is made for Chinese “Smoked” Fish, in which the fish is deep fried first then dipped in this homemade sauce. This needs to be done when the fish is still hot so the sauce can get into the fish easily. The dark soy sauce gives the fish fillet  a dark brown colour, which makes the fish look like the being smoked (and that is the reason why the dish is called “smoked fish”). 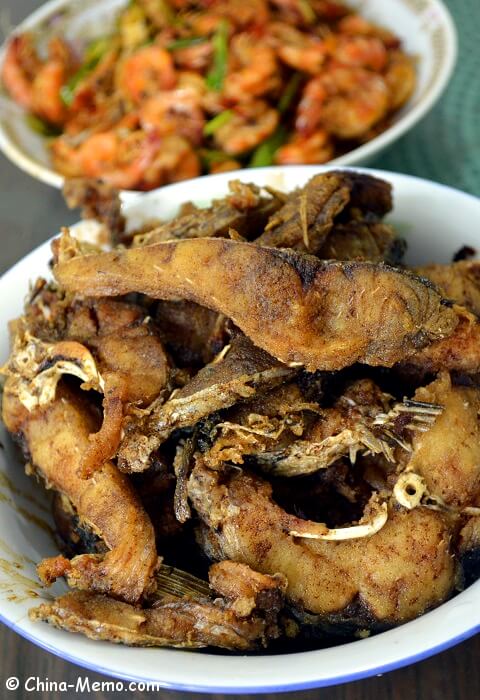 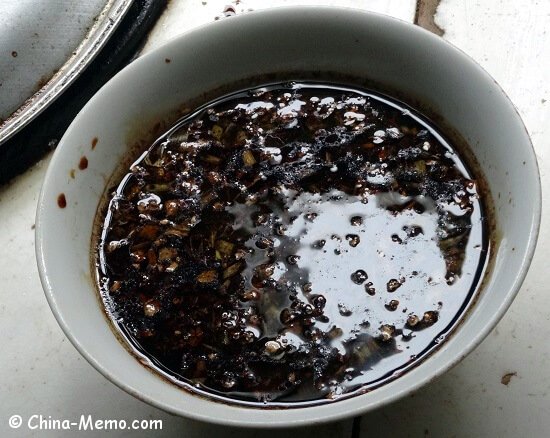 The fish sauce I saw in the UK appears to have butter, cream or mayonnaise kind of ingredients. In China we use the soy sauce as the key ingredient.

I like how my mum makes this sauce. Instead of simply mixing the ingredients, she fries the leek and ginger first, which helps release the flavour. Then she adds the soy sauce and other seasonings and mix them in the wok. The sauce has much more flavour than just using the soy sauce alone. 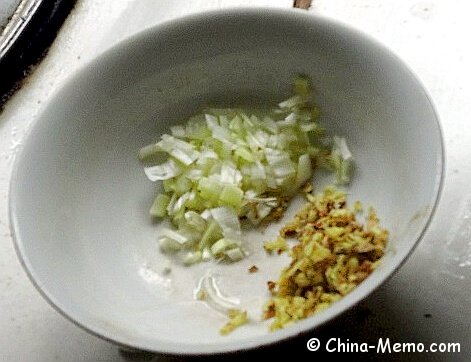 •  Cut the leek and ginger into thin threads before finely chop into a small pieces.

•  Add dark soy sauce in a bowl, then add about 1 teaspoon sugar to mix.  Add water into the dark soy sauce, which make one bowl of dipping sauce. My mum normally would fry the fish fillets made from one whole carp, that’s why she makes so much. (Roughly, the ratio can be 1/3 dark soy sauce and 2/3 water). Again, you may adjust the amount you use. If you don’t want the sauce to be too dark, then use less dark soy sauce.

•  Heat up the wok and add oil. In the cooking video, you will notice that my mum added a lot of oil, which I don’t think it needs that much. So, you can adjust this to use the amount of oil you prefer.

•  Once the oil is hot, add the chopped leek and ginger to give a stir fry till fragrant. Depending on the cooker you are using, for the gas cooker, it may only take less than 1 minute; but for the electrical cooker (or under medium heat), this may take 2-3 minutes. Make sure the leek and ginger won’t get burnt.

•  Add dark soy sauce to mix with the leek and ginger. Bring the sauce to a boil.  Then pour it in a bowl. That's it. This Chinese homemade fish sauce is ready now. 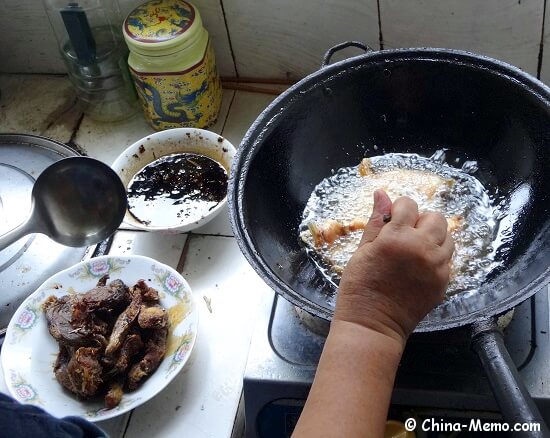 Once the fish is fried, take it out and dip in the already made dipping sauce when the fish is HOT! 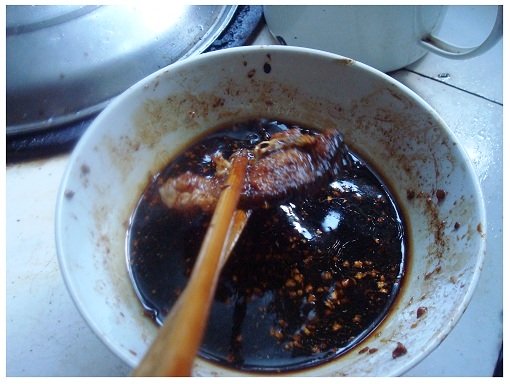 It is crispy outside and tasty inside, very nice. This is not too difficult to make, right? Hope you will try it:) 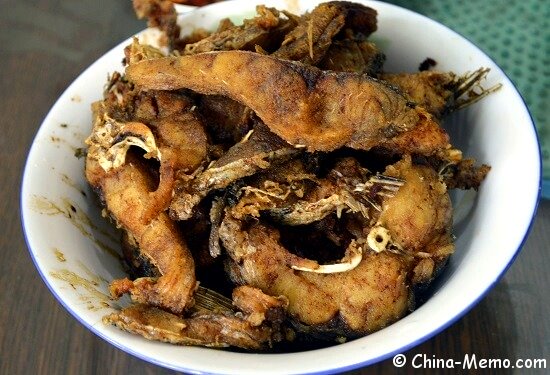 You can watch the cooking video for making this fish sauce here.

Here is another video for this "Smoked" Fish, you can see how we use this dipping sauce. To get the regular update for more Chinese cooking videos, please subscribe to my Youtube Channel.