Talking about the real Chinese food, one thing I have to mention is the Chinese pickles. Although they are just normal Chinese daily food, they are unique and should not be neglected.

In China, pickles are normally the vegetables fermented with salt and brine or marinated with different sauces such as mixture of red chilies or bean paste. In China these pickled vegetables are easily found in the local food markets. There are so many types of pickles and some of them I even couldn’t find a proper English name for them.

The big supermarket normally would have the well packed pickles. If you want to buy the fresh ones, go to the local open food market, normally just near the neighborhood. We call this kind of market 自由市场, zìyóu shìchǎng, directly translated as meaning "free market", where you may negotiate the price with the local vendors.  You can find more about China local food market (1) (2) and (3).

Here are some examples of Chinese pickles from the place I lived in Hunan Province. The pickled white radish is very common one in Hunan. Because they are marinated with the red chilies, the color appears to be yellow or orange.  In Hunan these pickled radishes are often used to fry with Hunan preserved meat or used as ingredient for rice noodle soup (as breakfast). 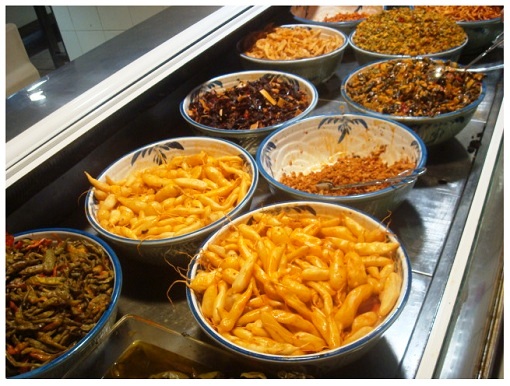 The Chinese pickled white radish with red chili is often served in breakfast, with congee or steamed buns. 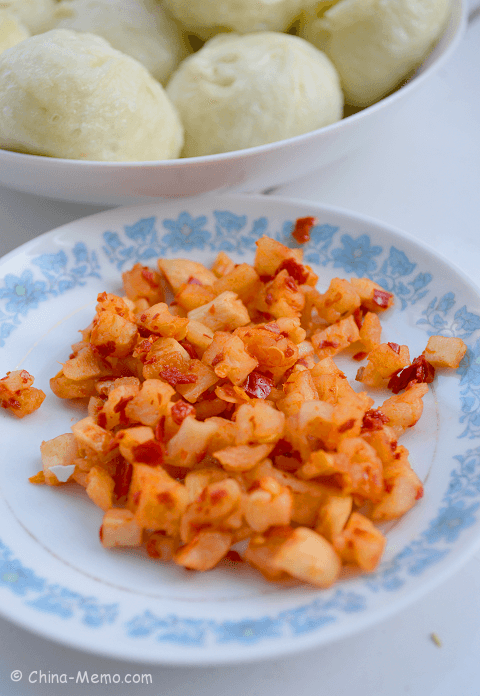 As seen in the top left of follow picture is the Chinese mustard plant (Zha Cai, 榨菜), which is often used in Chinese soup or dishes. 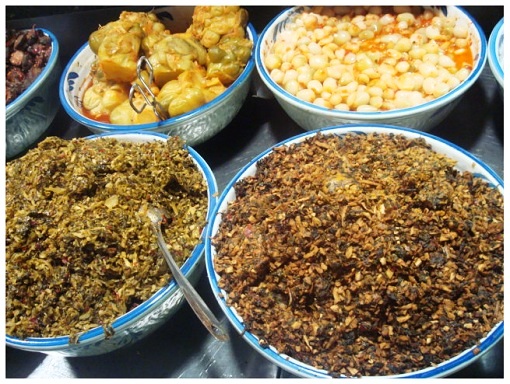 Zha Cai is also popular for breakfast, such as served with the congee. 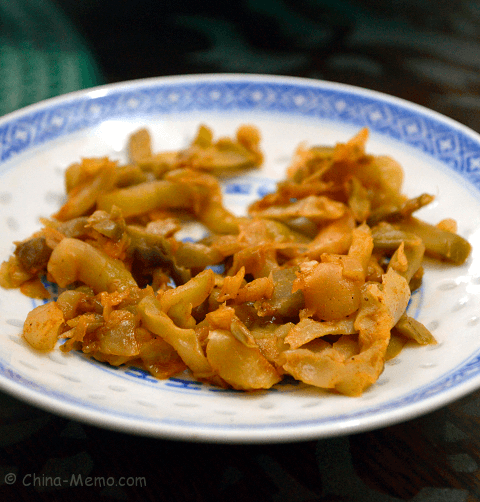 If you want to have a try for Sichuan Zha Cai, it is available on Amazon, such as this Preserved Mustard Strips Si Chuan Style with sesame oil

The other two types shown at the bottom are made from the leaf vegetables, salty and sour, (Suan Cai, 酸菜) also used in soup and noodles.

Then here are the small chilies, very spicy, Hunan locals love them. 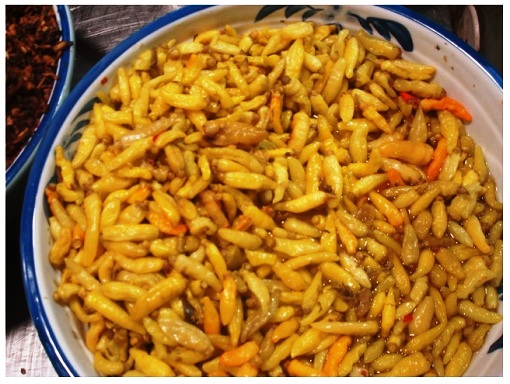 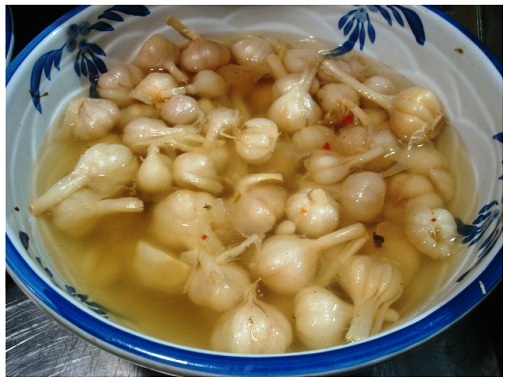 Apart from those sold in the food supermarket, there are also some special local made pickles. Such as these Western Hunan style pickles sold in a street shop, which might be the most colorful Chinese pickle I have ever seen. 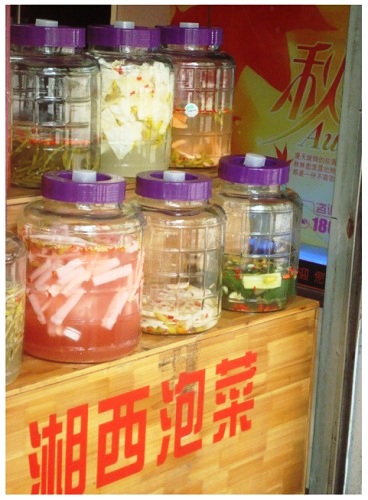 More Chinese pickled veggie my family like, such as Ya Cai, my father's favorite, which is a really good ingredient for making the salad or noodle dish. This is what we used in China, glad to see it on Amazon too.

In next post Chinese Pickles (2) I will show some typical Chinese style pickle jars used in my parents’ home.