There are many traditional ways for Chinese New Year decoration.  For example, most family would place Chun Lian (Spring Festival Couplets) on the entrance of their house. Chun lian is a pair of vertical strips of red paper, with blessing words written in calligraphic style.

The order to read Chu Lian is from right to left, which are called upper line and lower line respectively. There can be a third horizontal paper placed across top of the door.

See this picture I took at Beijing Huguosi street. This family kept their couplets although it was already at early June. 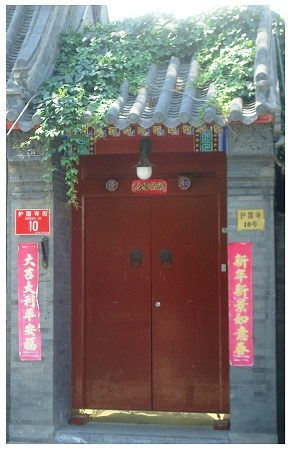 Other New Year decoration stuffs include red lanterns, red paper cuttings, or the upside down word "福" (means blessing or fortunes) written on a red paper.

Everything is red as we feel it represents a joyful atmosphere of the festival. Red is the colour of Chinese New Year.

See this picture shows a traditional Chinese hand craft called paper cutting. We can buy these from the shop, or make it ourselves (well, if we are willing to spend time).

We can stick the paper cutting on the window, see how nice it looks! 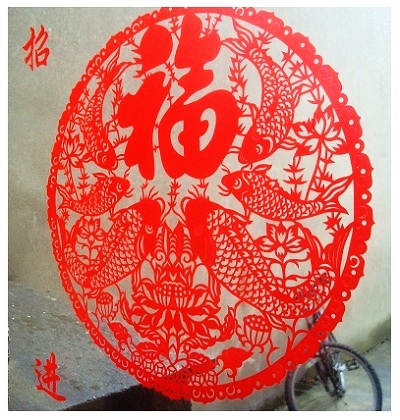 This show has been on TV for 30 years and has become one of the most important entertainment shows for Chinese families at New Year eve night. The live show is broadcasted worldwide so the Chinese living around the world can watch this show at the same time.

This year we watched this show from the internet when we were having the reunion food party. 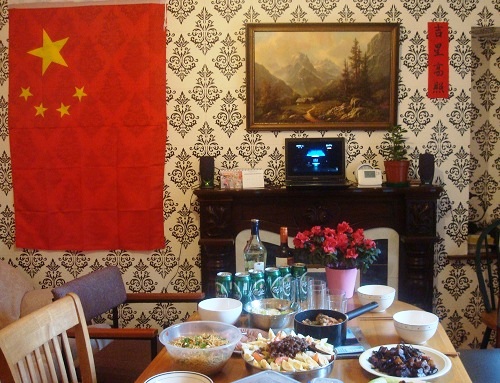 At the New Year Eve, everyone will stay up till middle night. Then right at 12 o’clock, people will start to play/burn firecracker. In the old tradition, it is believed that the big sound of firecracker will drive away the evil spirits.

Because so many families are doing this at same time, it is so loud that it sounds like the whole world is exploding. You ears are going to be deaf! But it is such an exciting moment.

Because playing firework in the neighbourhood may cause safety issues, some cities have set the rule to ban it. But somehow it has not been worked as plan.

Juniors are supposed to visit senior family members. Every family prepares lots candies, fruits or traditional snacks to treat the visitors. It is a good time to sit down and have a chat.

Nowadays, friends and relatives may live far away from each other and it becomes hard to visit each other. Therefore people turn to do this on the phone, by either calling or sending text messages.

For  people living at countryside, Bai Nian is still a tradition to follow.