What are the traditional Chinese New Year food? Do they have the special meaning for the new year celebration?

The answer maybe depended on the regions. In the south, people eat more rice than wheaten food (in the north) and may have rice cake or rice balls during new year celebration. In the north, having dumpling is a new year tradition.

My parents are from Sichuan, so the food we had in home is kind of mixture of the north and south.

My mum used to make dumplings even it was not during the festivals, because she found out that this was a good way to make me and brother to eat some vegetables. 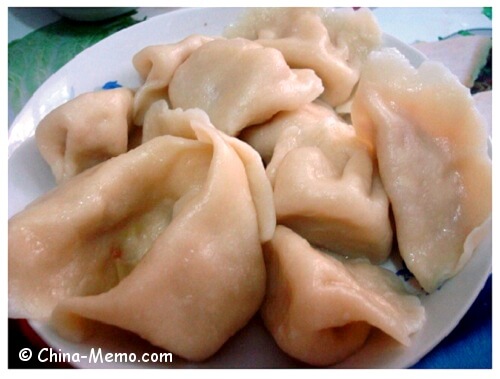 Here is a new photo taken by end of 2016. well, my photograph skill has been improved, right? :) 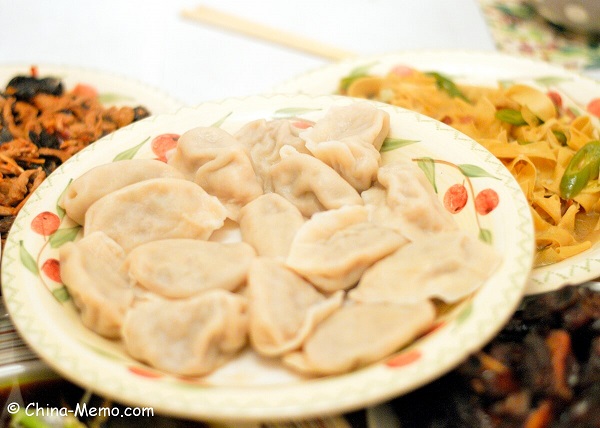 In the northern China, dumpling is the traditional Chinese New Year food. Some families may have these at the New Year eve. Making dumplings, watching the New Year TV show and burning firecrackers, are the things most families would do.

In Chinese dumpling is called Jiao Zi (饺子). The pronunciation is similar as 交子, which means the time of transition (from the old to the new).

The shape of dumpling is similar as the ancient Chinese money called silver ingots. So having dumplings is also believed to bring prosperity to you and family in the Chinese New Year.

Sometime just for fun, people may wrap a coin in one dumpling. The person who gets this dumpling is considered to have a good luck in New Year.

Preparing dumpling is a good family activity as everyone will join the event.

For example, in our family, my mum’s task is to make the dough and dumpling wrap (skin), my father prepares the fillings and takes in charge of boiling dumplings, and everyone else participate in wrapping dumplings.

It is more than just a fun and enjoyable food making process, but also a good time to talk with family members as well. 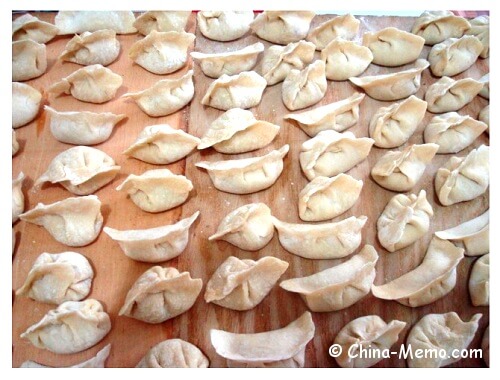 There are different combinations to make the dumpling fillings. The well known one perhaps is the pork with white cabbages.

The other ingredients include finely chopped gingers and leek, light soy sauce and sesame oil. 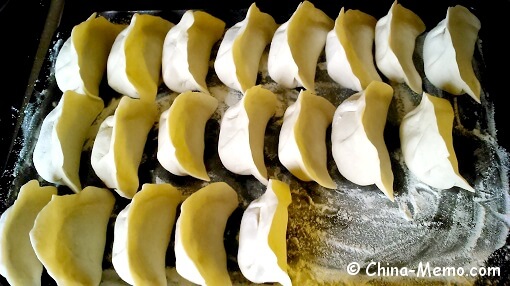 In China most families do not have food processor, so we have to make the pork mince by using big square-shaped knife and a thick solid chopping board. The same way to chop the cabbages.

All these work may sound tiring, but in fact, the entire scene is very “festival”. Whenever I heard the big sound from the chopping board, with a particular rhythm, I knew the dumplings were on their way.

The cooking usually needs to add three times cold water, till the dumplings float to the top. 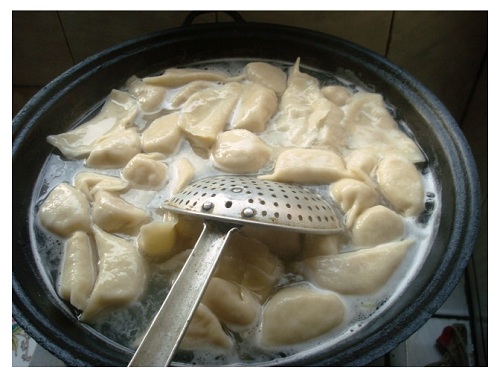 Here is a clip I took when my mum making the dumplings at home. I edited it and have already uploaded to my Youtube channel. You can watch this here.