Duanwu Festival is a public holiday to remember a great Warring States poet and patriot Qu Yuan, who committed suicide to protest against the state of Chu (which he served) to form an alliance with Qin state.

Qu Yuan drowned himself in Hunan Miluo River on the fifth day of the fifth lunar month in 278 BCE. The date he died, Double Fifth, was later set as Duanwu Festival. 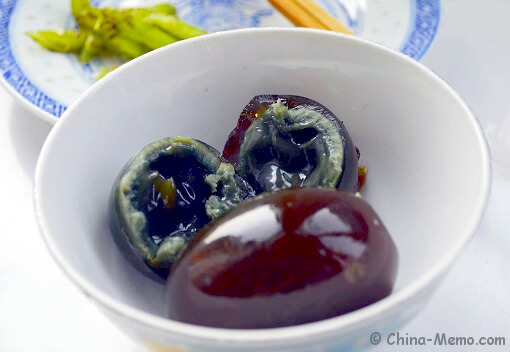 Here is a map for Hunan Province, in which I added the red circles to show my hometown (my parents currently live there) and Miluo River. (original photo resource: Wikipediai, author: Kmusser) 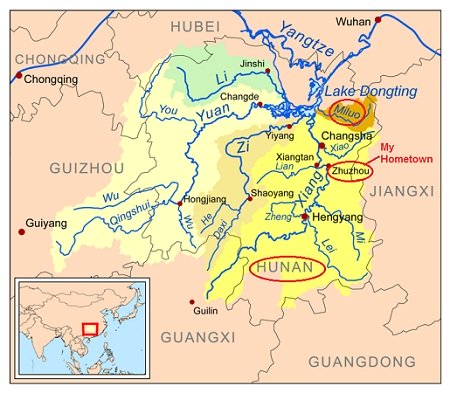 One of the famous Chinese Duanwu Festival food is called Zongzi, a glutinous rice dumpling wrapped by bamboo leaves. According to legend, locals throw the rice dumplings off the dragon boat to feed the fish so that they would not eat Qu Yuan’s body.

During the festival period, you can see zongzi almost everywhere. In the supermarket, the cooked zongzi is wrapped nicely in the box and becomes a popular festival gift. 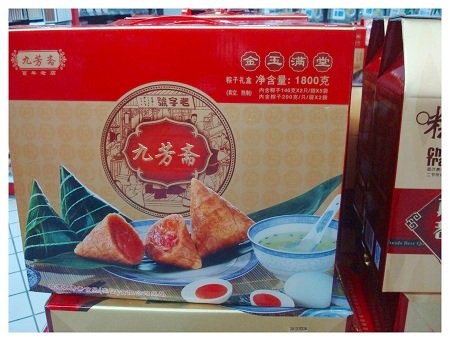 Apart from the gift version, market also offers more options for the customers to choose zongzi with different flavours, such as plain, rice with meat, egg yolk or red beans. 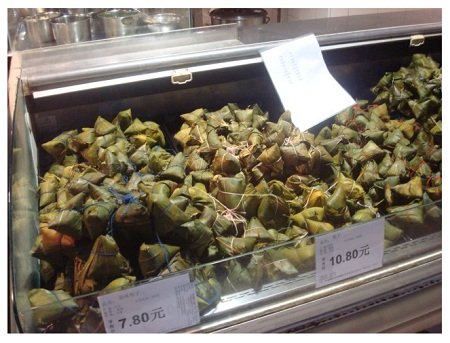 Two types of eggs are also popular Chines Duanwu Festiavl food. One is the salted duck egg, another is the preserved egg (also called Century egg). You can see these two types eggs in the gift pack too. 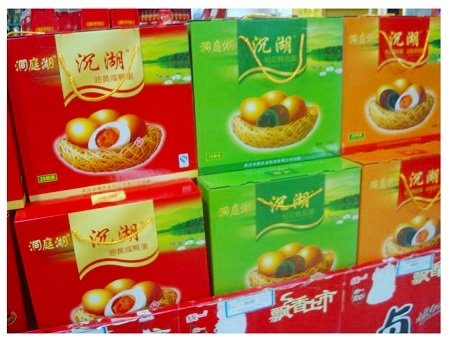 The preserved egg, also called Century egg, is made by preserving the egg in a mixture of clay, ash, salt and alkaline material. Depending on the processing time, the egg yolk may look yellow, dark green or brown. Because the egg may still have some taste of alkaline, some people may not like it. To see more about how we make it a side dish, check my other post on Chinese Century Egg. 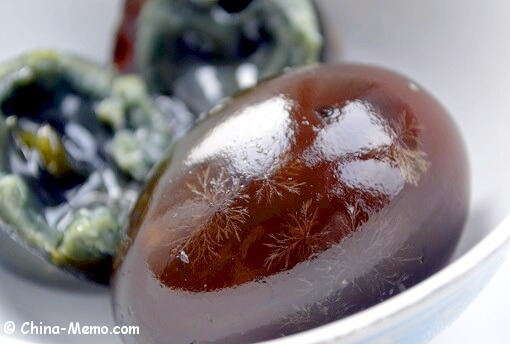 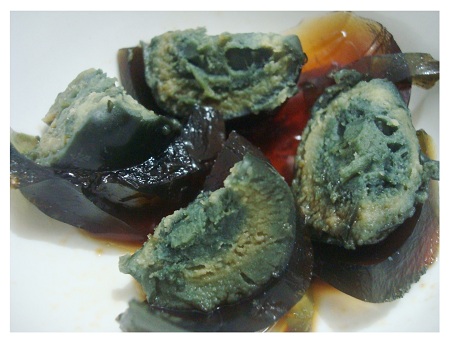 In China Guangdong region, locals make a famous congee by adding the preserved egg and meat into rice, seasoning with salt, ginger and spring onions. The preserved egg congee is famous in China, but for the original/authentic taste, one should try it in Guangdong.

For people from Sichuan, my parents usually eat the preserved egg with light soy sauce and stir-fried green chillies. It tastes bit sweet, salty and spicy, you can hardly taste the alkaline. It is one of my favourite dish in the summer. 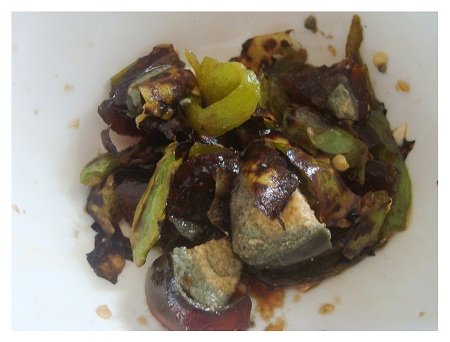 Well, how do you think about the preserved egg? If you like to try, you should be able to find it in you local chinese supermarket.

You can watch a video here, to see how we make the century egg at home. To get the regular update for more Chinese home cooking and travel in China, please subscribe to my Youtube Channel.